'WOMEN WHO MOTOR' At Gilmore 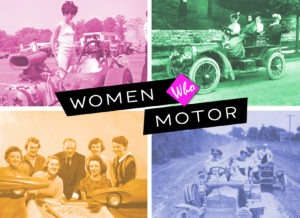 “Historically, the automobile has been considered to be of more interest and import to men with the notion that women were unsuited for or uninterested in automobiles,” an exhibit at the Gilmore Car Museum informs.

“Women, however, have been interested in motoring for decades – as consumers, inventors, engineers, designers, and racers. From its beginning, the automobile has impacted the lives of women, and women have shaped the automotive world. 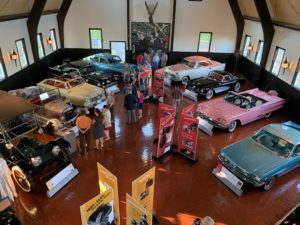 The award-winning exhibit, WOMEN WHO MOTOR, which runs through July 2020, follows its debut at the historic Edsel and Eleanor Ford home in the Detroit suburbs. 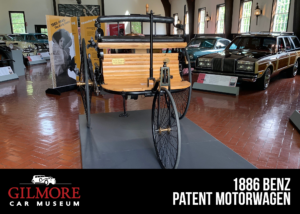 Here you be greeted by a reproduction of the Carl Benz’ 1886 Patent-Motorwagen, which he built but which his wife, Bertha, validated by taking two of their sons on the first motorcar road trip to visit her relatives.

A 1914 Harley-Davidson V-Twin motorcycle just like the one that Della Crewe and her dog, Trouble, rode on their 6-month, 5,378-mile cross-country ride, the first for a woman.

An 1899 Locomobile steam runabout like the one that Joan Newton Cuneo purchased used in 1902 and in 1905 was the only woman to enter the AAA’s inaugural Glidden Tour, though she was not allowed to participate in the run up Mount Washington, deemed “too dangerous” for a woman driver to attempt.

Cuneo won the tour three years later with a perfect 1,000-point score — and the following year the AAA banned women from competing in any of its events. 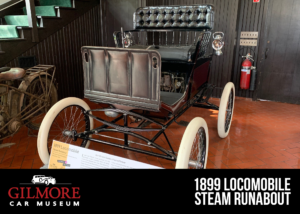 As you continue on, you meet Alice Ramsey, Helene Rother, Margaret Elizabeth Sauer, Audrey Moore, Betty Skelton and their cars, and others — including the one, the crankless 1912 Cadillac, that changed the history of women, and another that did not, the 1955 Dodge La Femme — as well as the 2005 Panoz that Danica Patrick drove in her rookie year in the Indianapolis 500. 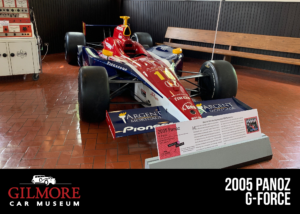 For men or women, the exhibit could be an eye opener showing that even from the very first motorcar, women were more involved than you might ever have imagined.