"It's a DOOZY!" New Exhibit Showcases Most Valuable American Car Ever Built

It’s a Doozy–the slang phrase used for something extraordinary and unequalled—certainly describes the newest exhibit at the Gilmore Car Museum: “Duesenberg – Celebrating an American Classic.” 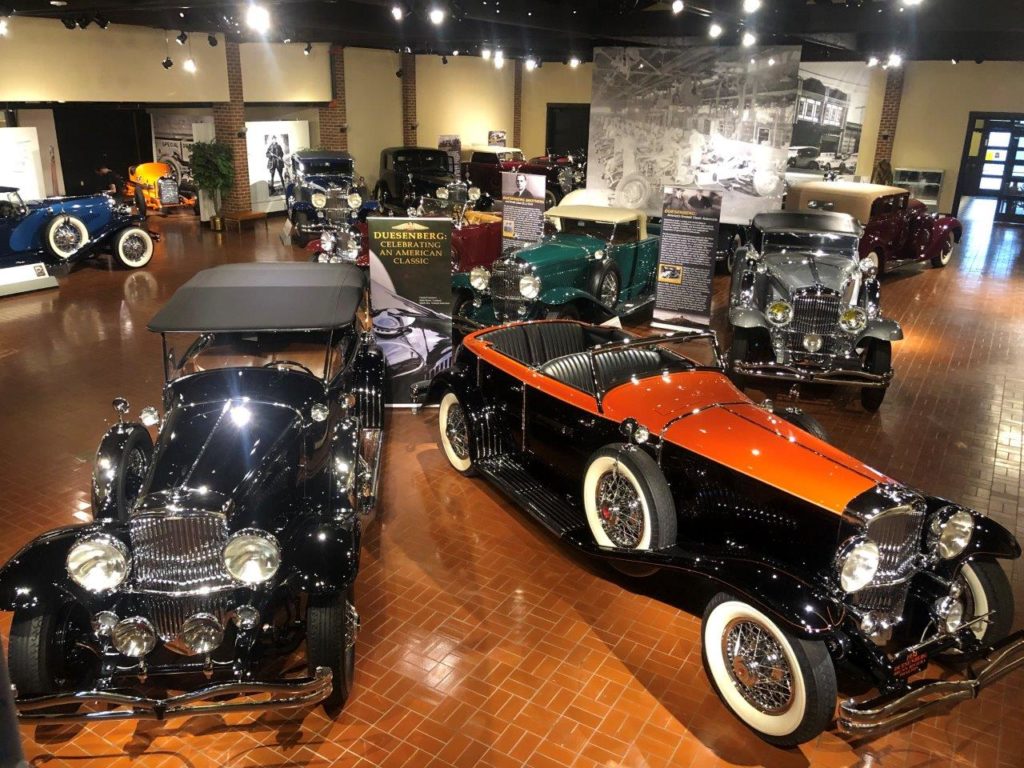 Perhaps the largest, most prestigious public museum exhibition of Duesenberg Motor Cars held in decades will showcase up to 20 of these rare cars in rotation at the Gilmore Car Museum. The exhibit of these extraordinary vehicles will run until fall 2019. The Duesenberg has long been considered by many historians, automotive journalists, and collectors as the greatest American car ever built and caused, with a slight twist, a resurgence of the popular phrase: It’s a Doozy!

The original slang appeared decades before the famed motor car but the Duesenberg, produced between 1920 and 1936, quickly gathered a list of its own accolades! It became the pinnacle of perfection, marking the epitome of speed, automotive design and craftmanship, engineering and luxury.

This all-new exhibit is the result of guest curators and Duesenberg experts Matt Short and Mark Iles scouring private collections nationwide in pursuit of the rarest and most intriguing examples from race cars to the Model J.

Duesenbergs became the choice of not those simply rich, but of the ultra-wealthy. The marque became a status symbol for Hollywood elite, monarchs and captains of industry alike. The list of owners included “A List” movie stars of the 1920s and ’30s: Greta Garbo, Clark Gable, Gary Cooper, Mae West and Tom Mix. The Duke of Windsor and the kings of Italy and Spain owned Duesenbergs, as well as industrialists Howard Hughes and William Randolph Hearst. The Wrigley family of chewing gum fame and Ethel Mars of the Mars Candy empire were also included among owners. 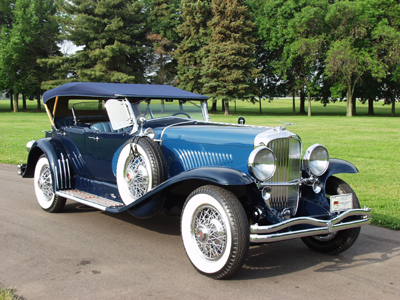 The mighty Model J Duesenberg was introduced in 1929—the year that also marked the beginning of the Great Depression—and its cost was the equivalent of purchasing of 35 to 50 Model A Fords. Each Duesenberg received custom bodies by a select group of renowned coachbuilders essentially creating one of a kind, hand-built motor cars.

“The Model J was the biggest, fastest and most expensive American car during the 1920s and ’30s. In many cases the accolades heaped on some cars are often hyperbole. However, in the case of Duesenberg, they are true,” explained guest curator Matt Short.

The Model J was also the most technically sophisticated automobile in the world. It featured a 265 hp, Straight Eight engine, while the second highest horsepower American car at the time was the Chrysler Imperial at 116 hp.

The exhibit at the Gilmore Car Museum features several important examples of the Model J.

1929 Duesenberg J-111 was built with custom coachwork by LeBaron for the 1929 New York and Los Angeles Auto Shows. It then became the company demonstrator in Hollywood and was purchased by the son of silent movie star Buster Keaton. 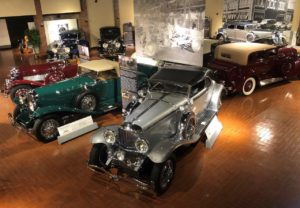 g SJ-528 was one of the just 36 chassis factory-fitted with a supercharged engine. It was purchased by Lt. Col. Jacob Schick, best known today as the inventor of the cartridge style Schick razor as well as the first electric razor.

1929 Duesenberg J-187 was originally purchased by a Grand Rapids, MI law firm for $18,500 and utilized as a courtesy vehicle for important clients. It eventually ended up in the Chicago area.

Al Capone’s partner in crime, Jake “The Barber” Factor, was the first owner of the 1930 Duesenberg J-143 Roadster Convertible Coupe that is part of the Museum’s exhibit.

Also on display is the 1931 Duesenberg Supercharged J-345, known as a Disappearing Top Convertible Coupe, whose name could have foreshadowed the fate of its disappearing mobster owners. The New York underworld boss who purchased the car new was killed the day after he bought it. It then went to a Philadelphia bootlegger who was soon shot down in Atlantic City. It then went to Owney “The Killer” Madden, owner of Harlem’s infamous Cotton Club, who was soon after picked up on a parole violation.

The vehicle passed through the hands of these notorious figures all within its first year then went on to less notable owners before being offered for sale in a December 1953 Motor Trend magazine classified ad for the now-unbelievable selling price of just $1,750.

The Duesenberg story however actually has rather humble beginnings.

Brothers Fred and Augie Duesenberg emigrated from Germany with their mother and moved to an Iowa farm in the late 1880s. At 17 Fred took a job with a farm implement dealer and began installing windmills and repairing machinery. By the time he turned 20 Fred partnered with his younger brother Augie in building, racing and selling bicycles. After the turn of the century the brothers began building gasoline engines and provided them for the Mason Motor Car Company.

During WW1 the Duesenbergs built airplane engines and following the war licensed their engines to Rochester Motors for use by approximately 10 auto makers. This includes a Kalamazoo-built 1920 Roamer Speedster fitted with a Rochester-Duesenberg engine owned by the Gilmore Car Museum.

By 1920 the Duesenberg brothers moved to Indianapolis to be closer to auto racing and began production of their first passenger vehicle; the Model A Duesenberg. It was among the fastest and most technically advanced cars of the era. The new Gilmore exhibit will also feature Augie Duesenberg’s 1927 Duesenberg Model A that he owned and drove until his death in 1955 and a rare Duesenberg Model A racecar.

Entrepreneur E.L. Cord became a giant in the transportation industry as he acquired nearly 150 companies including Lycoming engines, Kalamazoo based Checker Motors—builder of the iconic taxi cab—and American Airways. In 1926, he also purchased Duesenberg Motors and, with the goal of creating the “mightiest American car,” the Duesenberg Model J was born.

With so many stunning and historic examples showcased in the Gilmore Car Museum’s newest exhibit: “Duesenberg – Celebrating an American Classic,” it would be difficult to select the most significant. However, the legendary Mormon Meteor certainly fits the bill. 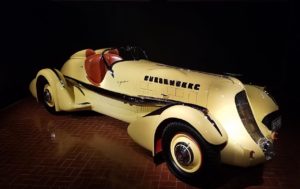 Noted automotive journalist Ken Purdy once stated, “No racing car in America has a record comparable to the Duesenberg.” The exotic looking 1935 Mormon Meteor (pictured left) featured highly efficient aerodynamic styling and was powered by a supercharged Duesenberg engine. Driven by Ab Jenkins, it became the world’s fastest car designed for and named to run Utah’s Bonneville Salt Flats, where it established records that held until the 1960s.

Author David LaChance called it the “Shooting Star” and explained it has seldom been seen by the public eye since it rolled onto the salt flats and began tearing up the record books. The car will have a very limited appearance—until early spring 2019—at the Gilmore Car Museum.

“We are indebted to the generosity of the private collectors who have afforded the general public the opportunity to marvel at these magnificent vehicles while on display here,” said Museum Executive Director Christopher Shires.