The first FULL day of 2017 Great Race dawned cooler and hazy in Tifton, GA. Whereas the day before starting in Jacksonville brought temps well into the 90s throughout the day, we were greeted by mid-80s and even cooler weather the further north into Georgia and Tennessee we traveled. 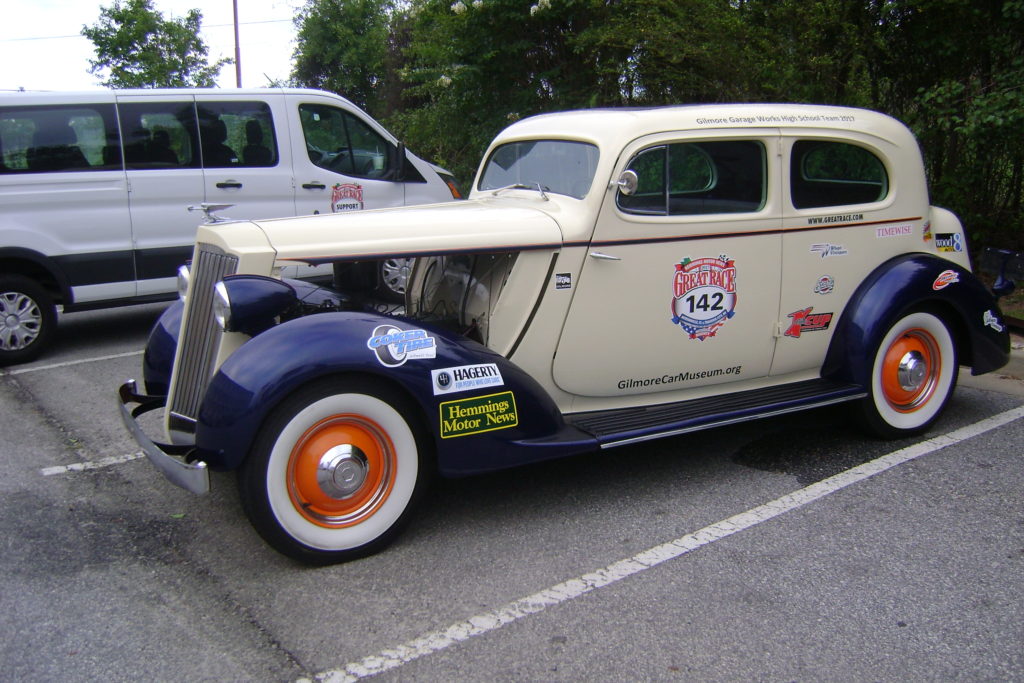 Some quick modifications were performed on the Packard last night, included re-adjusting the connectors for the brake lights (still giving us trouble) and removing the side panels of the bonnet to prepare for today's run. Why? Well, in meeting some of our competitors and long-time rally runners, we were highly advised to allow as much air flow to the engine as possible to prevent overheating while travelling the uphill ascent to Chattanooga, as the car already was running very hot both during the Trophy Run on Friday and the Stage One run from Jacksonville. That is one thing that this race has, its the spirit of the competition. While we are all in it to win it (some a prized purse, others for scholarship), everyone has been so friendly and helpful to our rookie x-cup team. We've already made some great friends along the way. 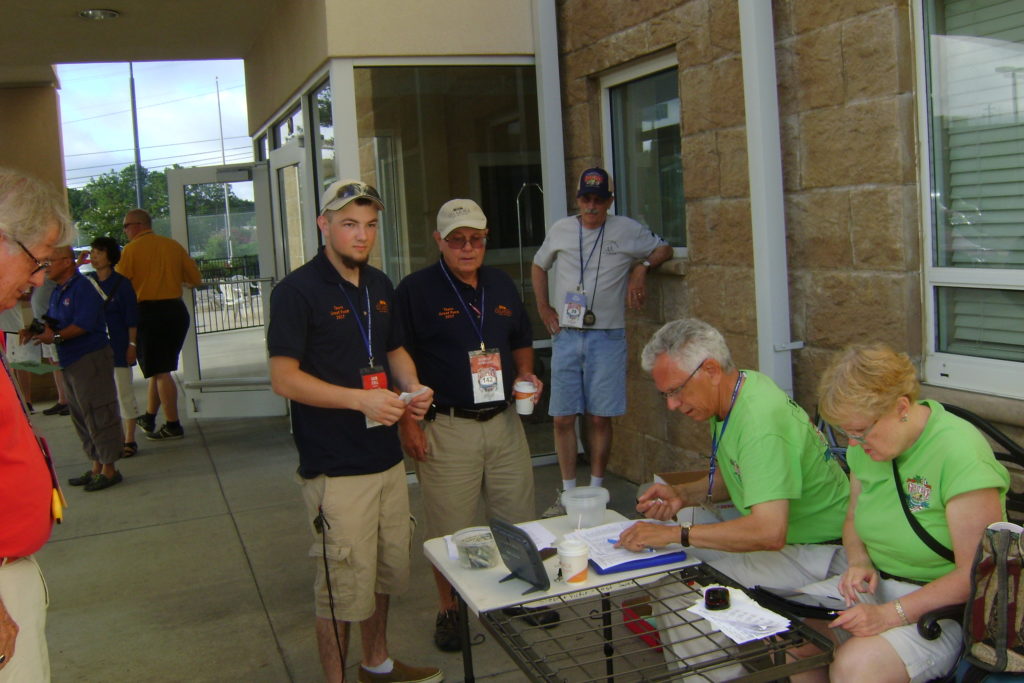 Early this morning Navigator Gavin (Gilmore Garage Works Program graduate in 2016, now serving as a student mentor for the program) and Driver Bob stepped up to check-in for Stage Two and pick up today's instruction packet. That is another challenging part of the Great Race - instruction packets with the day's directions are only given to each team 30 minutes before their official start time for the day. Today, we drew the 94th starting spot, meaning we had 94 minutes from the official start time (7:30am) to wait for our turn to enter the race. Once they got on the road, Gavin and Bob would make a pit stop for lunch in the hospitable southern town of Newnan, Georgia. While Gavin and Bob headed out to the start location for today's leg, the support crew piled into our van and hit the road to Chattanooga to meet up with the Great Race crew to assist in setting up for the evening's finish line activities. We saw some beautiful country along the way. 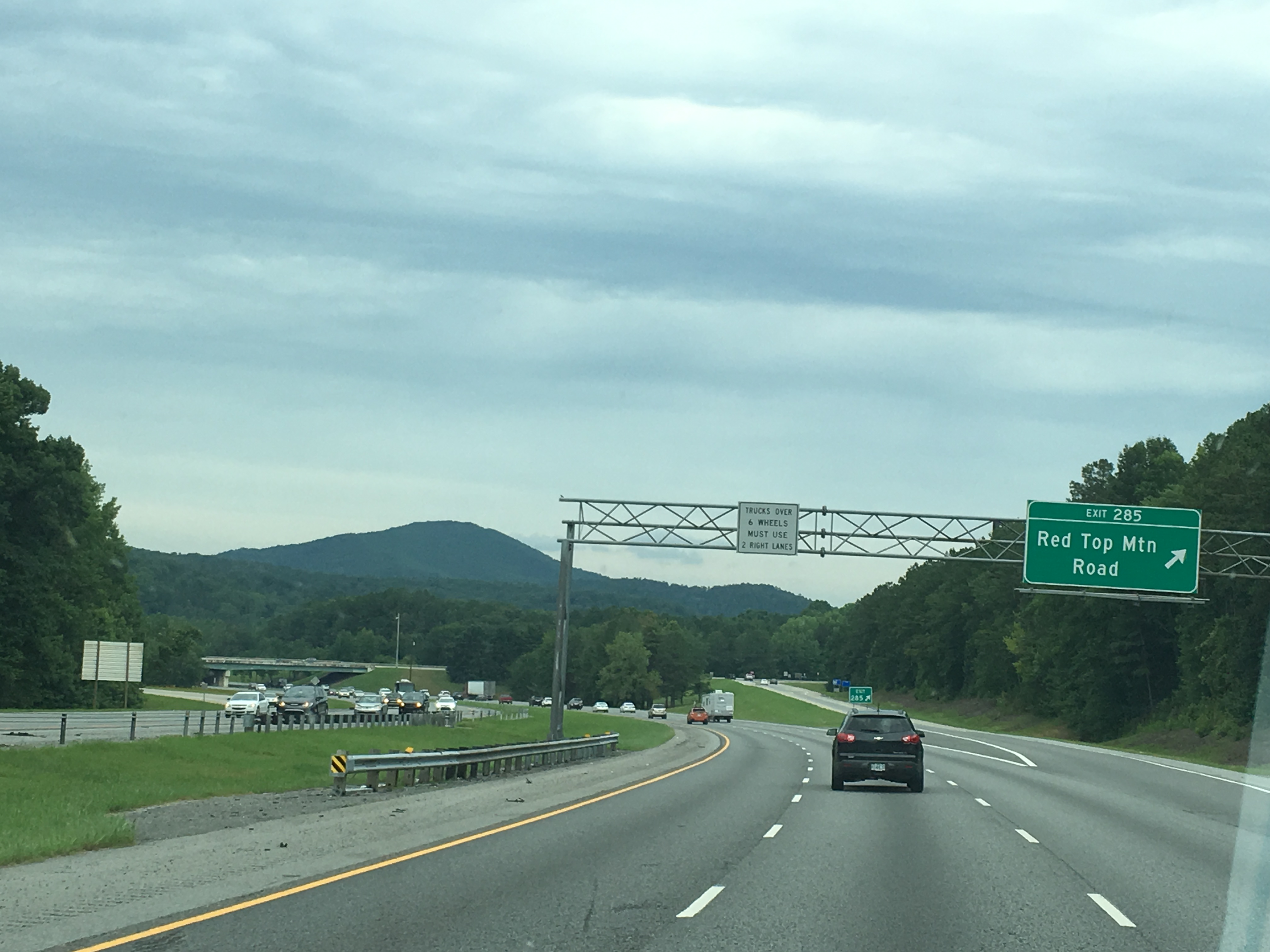 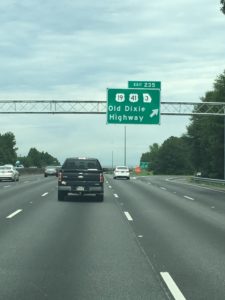 The theme of this year's Great Race is "Rally Along the Dixie Highway." The Dixie Highway was first planned in 1914 to connect the Midwest with the Southern United States. The final result is better understood as a network of connected paved roads, rather than one single highway. It was constructed and expanded from 1915 to 1927. The Dixie Highway was inspired by the example of the slightly earlier Lincoln Highway, the first road across the United States. In 1927, the Dixie Highway Association was disbanded and the highway was taken over as part of the U.S. Route system, with some portions becoming state roads. This year's race celebrates the original Dixie Highway, although not marked or celebrated like Route 66 or even the Lincoln Highway, as it was the lifeline for the South in the 1920s and 1930s from Florida to northern Michigan. Shortly before 3pm, the support van crossed the state line into Tennessee. 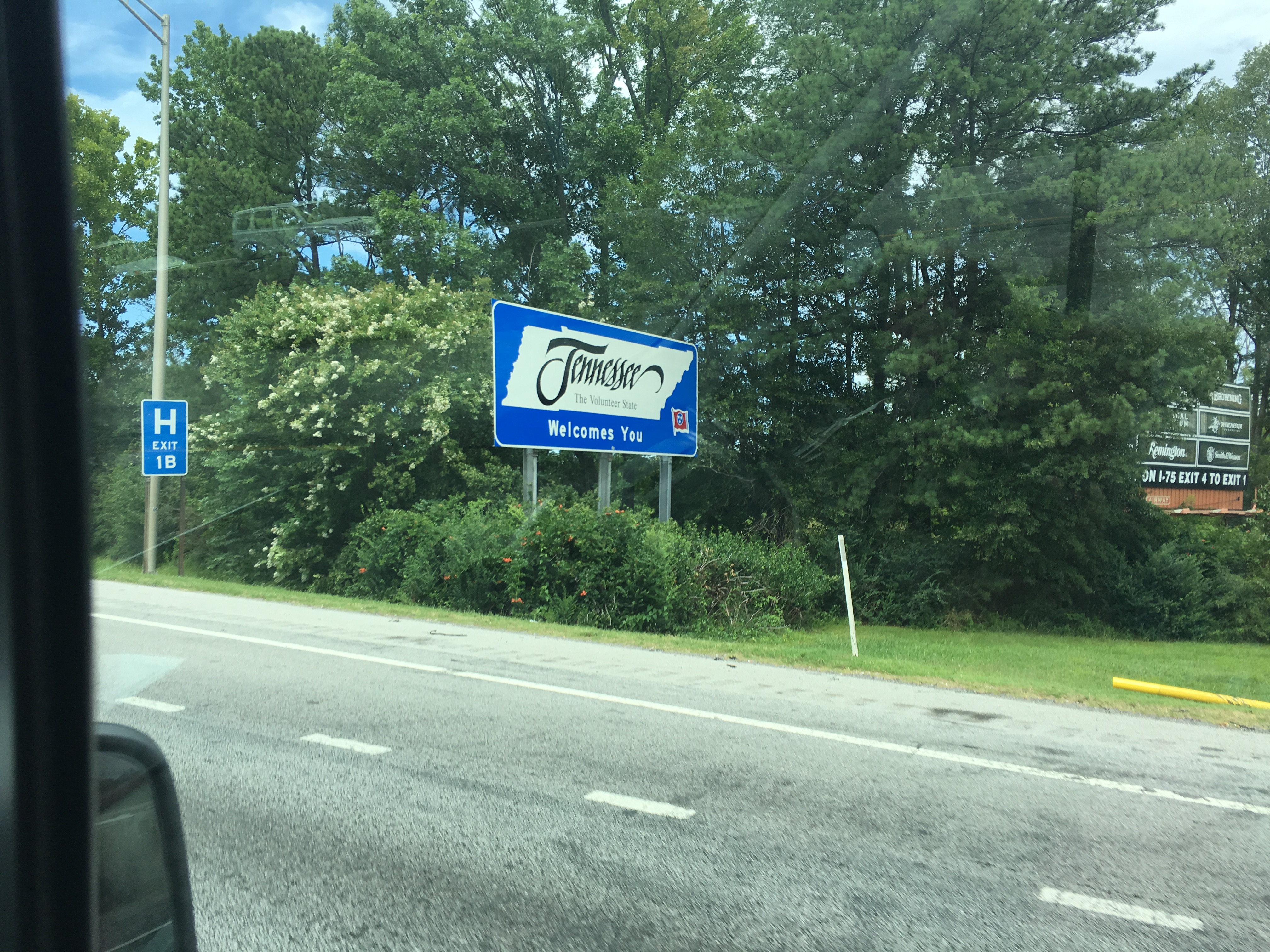 The support team quickly headed to the site of tonight's finish line to help set up the famous Great Race arch just outside Coker Tire: 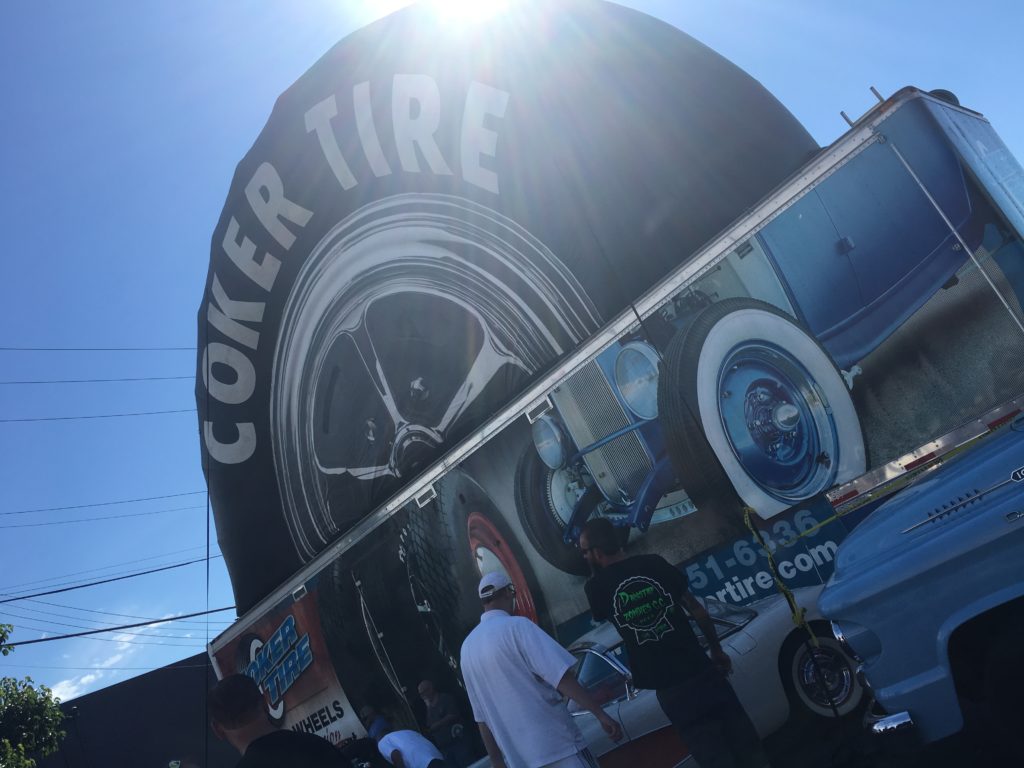 And before we knew it cars were coming across the finish line, including a surprise visitor, one of the Duck Tour boats, a must-see in Chattanooga! 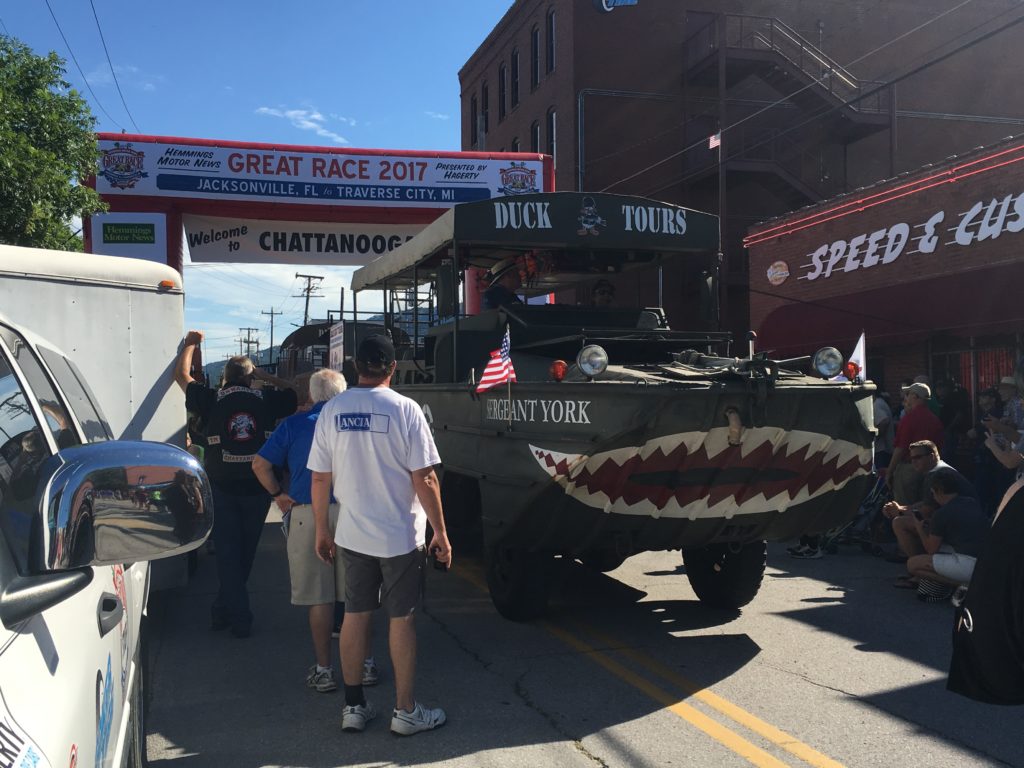 Our support team also assisted at the finish line by helping announcer Mike Goodman with the team info cards for each vehicle as it crossed under the arch. 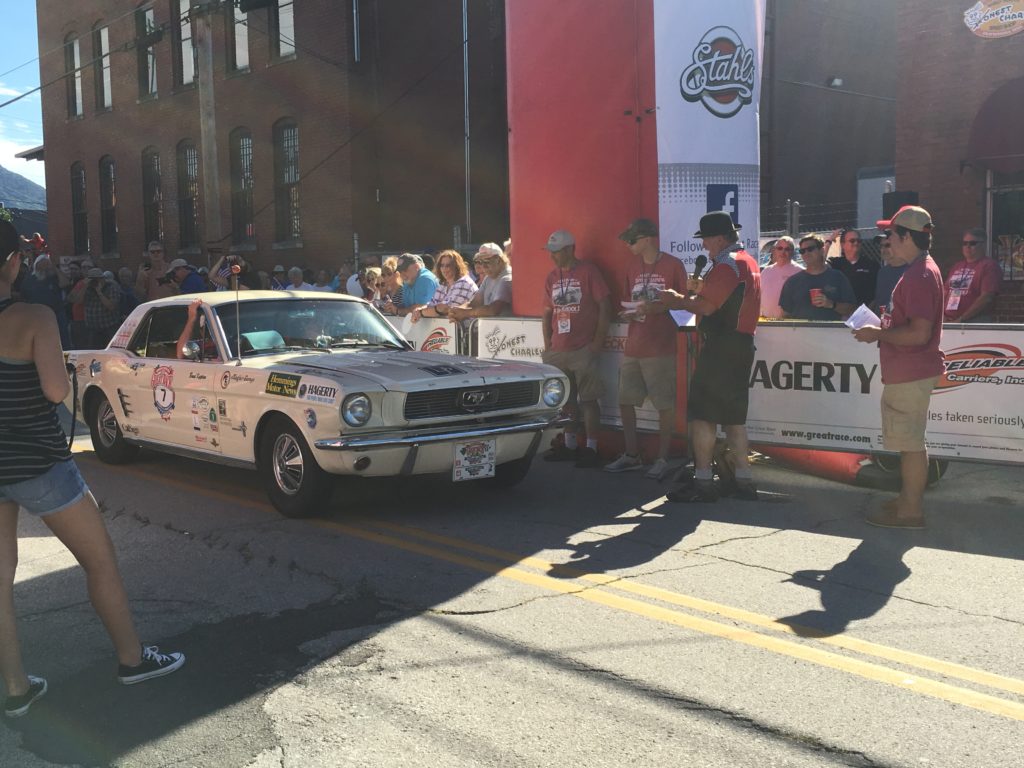 Finally, it was time for Team #GilmoreGreatRace to arrive, and as the minutes ticked by, the support team grew nervous. Where were Gavin and Bob? Well, an unfortunate wrong turn lead them nearly 30 minutes out of the way of the finish line. BUT - the good news is they had already passed the day's final check point, and no penalties were given for the transition ride from the final check point to the finish line! Finally, they crossed the line:

Gavin and Bob ran great scores today, landing the team at a solid 101 out of 121 cars - including experts and grand champions! Overall Stage Two scores can be viewed here.

With our second day of rallying behind us, we are turning in early as we prepare for Stage Three - Chattanooga, TN to Bowling Green, KY - navigated by Jakob and driven by Brad. Stay tuned! #GilmoreGreatRace 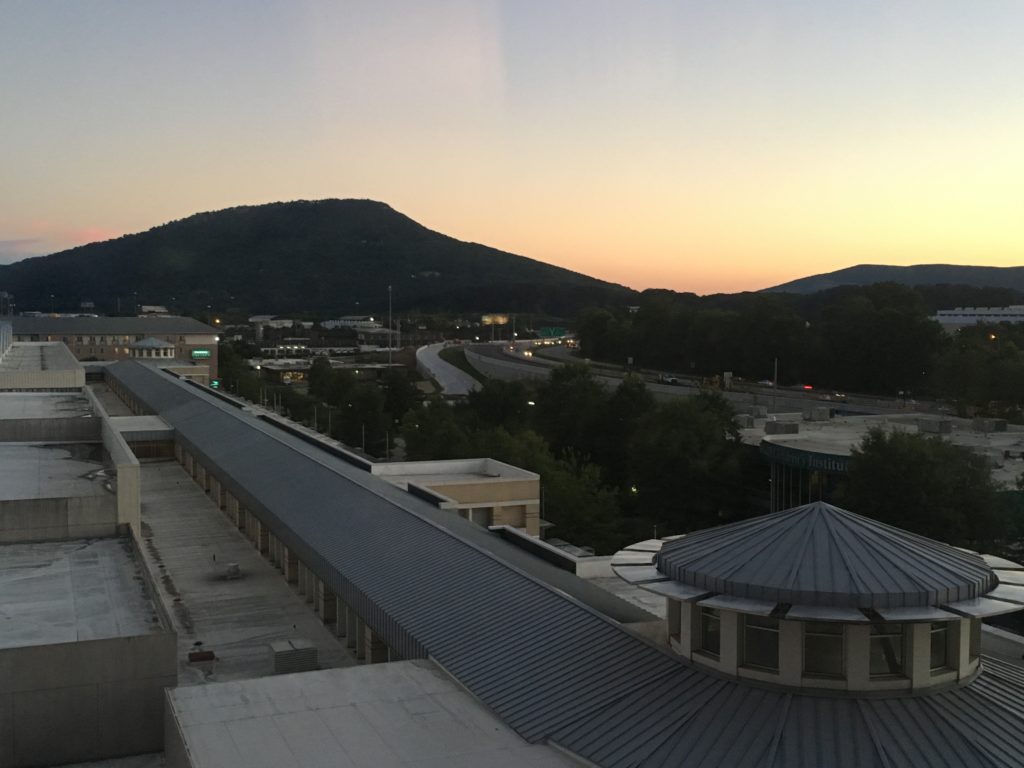